1) James and the Giant Peach by Roald Dahl

7-9) the Hunger Games trilogy by Suzanne Collins (the site only said The Hunger Games, so I’m not sure if it’s supposed to be the first or all three books)

10) To Kill a Mockingbird by Harper Lee

And I can guess that the reason a lot of adults challenge Harry Potter is because of the wizardry/witchcraft aspect; and maybe the dangerous situations Harry gets into, even fatal for some characters, aren’t “okay” for younger readers. I know my mom banned them in my childhood house because she apparently thought my sisters and I were too dimwitted to understand that Harry Potter is a boy from a story and that stories aren’t real.

But, as far as The Hunger Games goes, I’m really have a hard time trying to figure out what’s wrong with them. Katniss does find herself in some perilous situations and there’s that teenagers-all-trying-to-kill-each-other bit, which can be graphic. Now that I think about it, those “graphic” situations are quite worse in this than in Harry Potter. But I would have to say that I think the picture of the future of the world from this perspective would be the most controversial thing (at least in my mind). I mean, if I didn’t realize the difference between fiction and reality, I would be pretty worried that the world would come to the conditions described in this dystopic novel–moreso because those conditions led to all that violence. Okay, I can see that some adults might feel this is inappropriate for some younger readers. But, you know what? Worry about your own young reader, like my mom did when I was young. Ban it in your own house. It’s not your duty or right to keep someone else’s child/student from reading a book you think isn’t right. Now that I’ve gotten that out of my system… 🙂

Oh, and I honestly don’t know what could be bad about James and the Giant Peach. Anyone want to enlighten me as to what could be wrong with such a fantastical story as living in a peach. If you don’t think it’s possible to live in a giant peach, you’ll probably understand any of the bit of violence towards James mentioned at the beginning of the story isn’t a violence in reality. 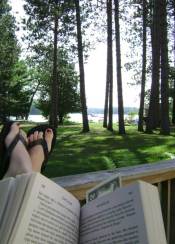 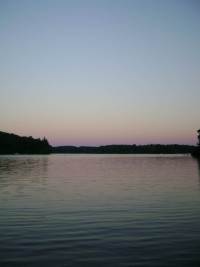